In the time since the Superformance re-design of the Daytona Cobra Coupe, Peter Brock had stayed busy with cars- though now primarily with his personal vehicles instead of contracted builds and designs. Around 2008 Peter was searching for a small, lightweight, single-car trailer with which to haul his cars to far away shows, shops, and track events. With a Superformance Coupe, an aluminum Chevy small block powered Datsun 510 in the 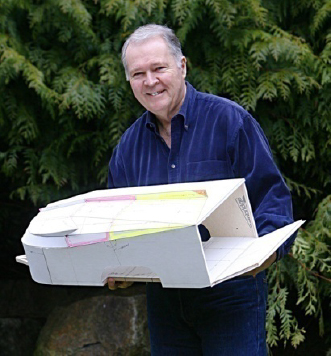 works (known affectionately as “Datzilla”), and several other vehicles, it should come as no surprise that Brock wanted the best car trailer he could find. Unfortunately, upon visiting various manufacturers and testing several designs, he became disappointed at the seeming lack of aerodynamic understanding across the trailer industry. Now, what does a world-renowned automotive designer do when he knows exactly what would make a perfect trailer but can’t find it on the market? He designs it!

Withdrawing to his study and breaking out the old French curves, Brock emerged after only two days with a cardboard and stick scale model of a trailer that would be perfect for his needs. He contracted the build to a Canadian craftsman, who then delivered to the Brocks (Peter with wife and business partner, Gayle) the first Aerovault, complete with an all-aluminum roof, unlike the composite unit of those manufactured today.

The Aerovault earned its name partly due to the aerodynamic nature of the design and partly as it was referred to as “the vault” by mechanics and fabricators who marveled at its secure construction as they used it to take an unfinished Datzilla from shop-to-shop.

Not much time passed before the Aerovault was proven as a total hit! Admirers lined up at gas stations, at trackside unloading areas and car shows just to see the sleek, aluminum Aerovault. Many, however, wanted to do more than just gawk, and soon the Brocks were filling orders for more Aerovaults with their Canadian builder. Production went on until 2012 when the Brocks decided the best way to fill the ever-growing demand and get an 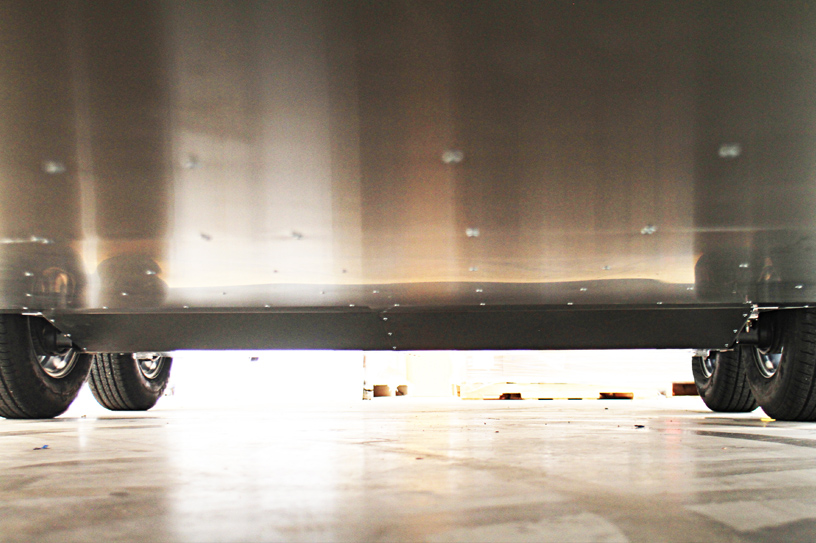 Aerovault into the hands (and behind the tow vehicle) of everyone who wanted one, was to officially join the trailer industry. The Brocks established the Aerovault factory in Henderson, Nevada where it remains today, and with a new facility came a redesign of the Aerovault, culminating in the lighter, even more aerodynamic Aerovault MKII.

Like any Peter Brock design, no aspect of the Aerovault is without purpose. The rounded front end and fully skinned underside keep it streamline, allowing it to be towed at the speed limit without “fishtailing” or fighting the tow vehicle. Add to that its construction with lightweight, sturdy aluminum and the fuel efficiency of the tow vehicle is well above those of any other towing conditions. Brock is understandably pleased with what he has been able to accomplish using his design knowledge and experience to help others get the most out of their trips to the track! There are currently over 150 satisfied Aerovault owners hauling project cars, show cars and track weapons all over the country.

For more information on the Aerovault MKII click on the image below.